Mid Century Modern Decor is a design trend that doesn’t seem to go out of style. This interior design theme is for those that want to go modern but still have a feeling of being welcoming and retro.

What is Mid Century Modern?

An interior design style named for the period of 1940s – 1960s where popular trends included sleek lines, geometric shapes, extensive use of glass, and industrial lines.

Think of the show “Mad Men” to get in the right frame of mind for mid century modern. Pick pieces that are more functional than fussy. Neutrals and muted colors palettes are great for the theme. You can also add pops of colors as well. To help inspire you, I’ve rounded up some fabulous ideas for this timeless trend. Some you can purchase, some you can DIY. 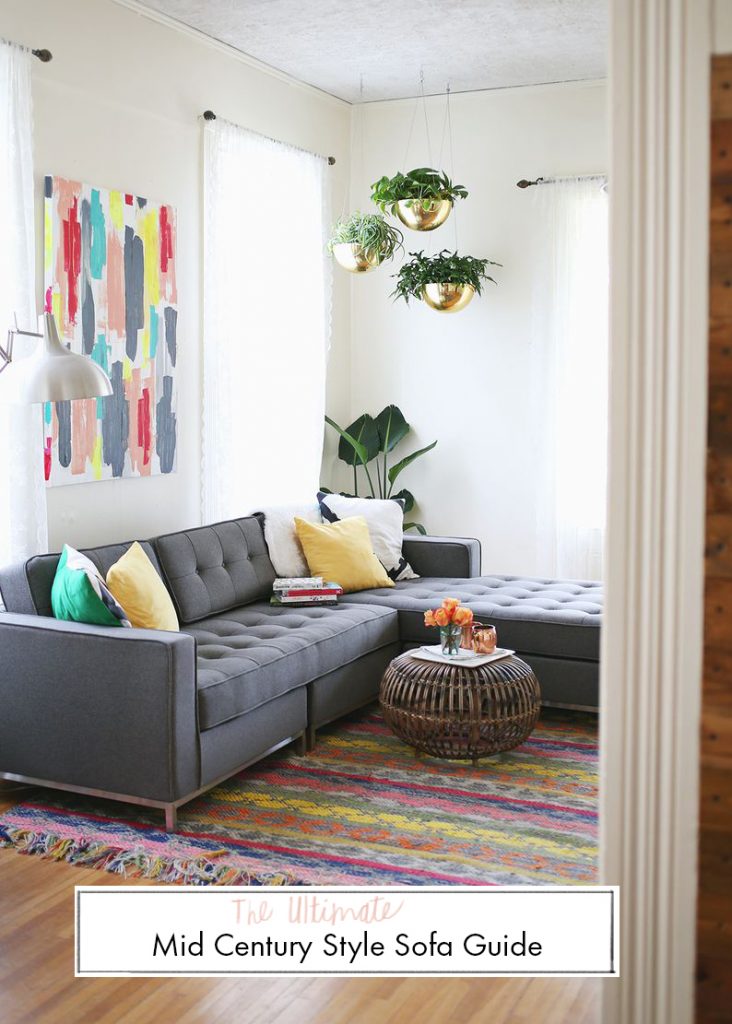 This sofa guide gives so many options for mid century style couches. 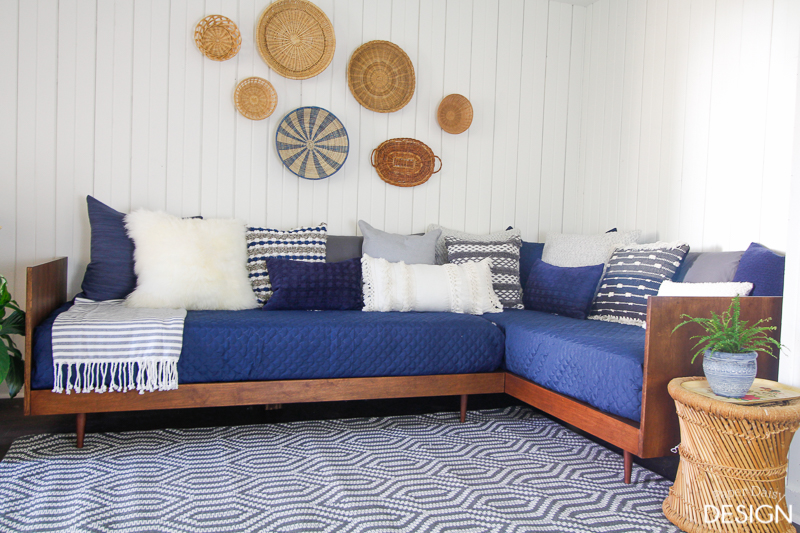 You can DIY this mid-century modern day bed from plywood with this tutorial.

If you don’t want to make the whole bed, you can start with this mid century modern DIY headboard. 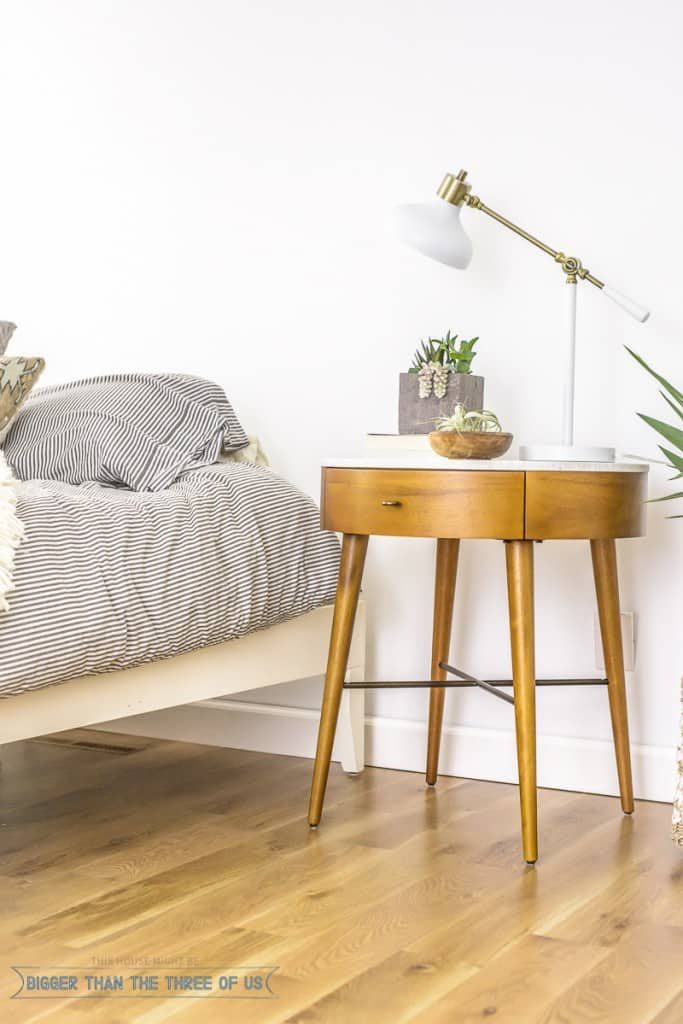 This Mid-Century Modern Master Bedroom features such cool design elements. My favorite is this nightstand. 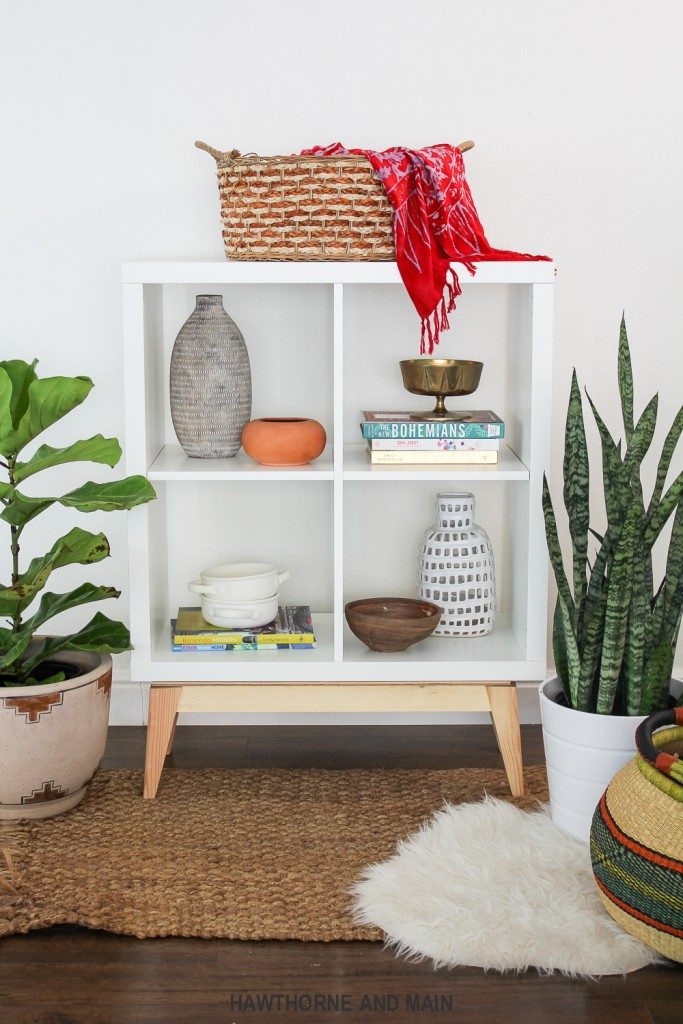 With this tutorial, you can transform that Ikea Kallax into the perfect mid century modern piece. 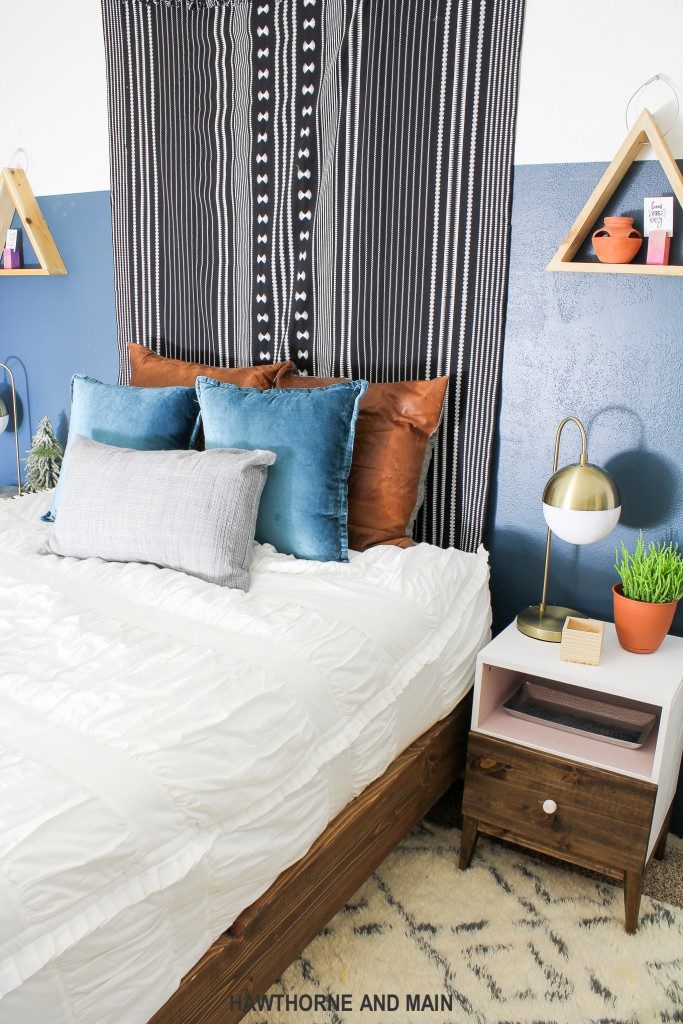 You can save some money by creating your own DIY mid-century modern bed. 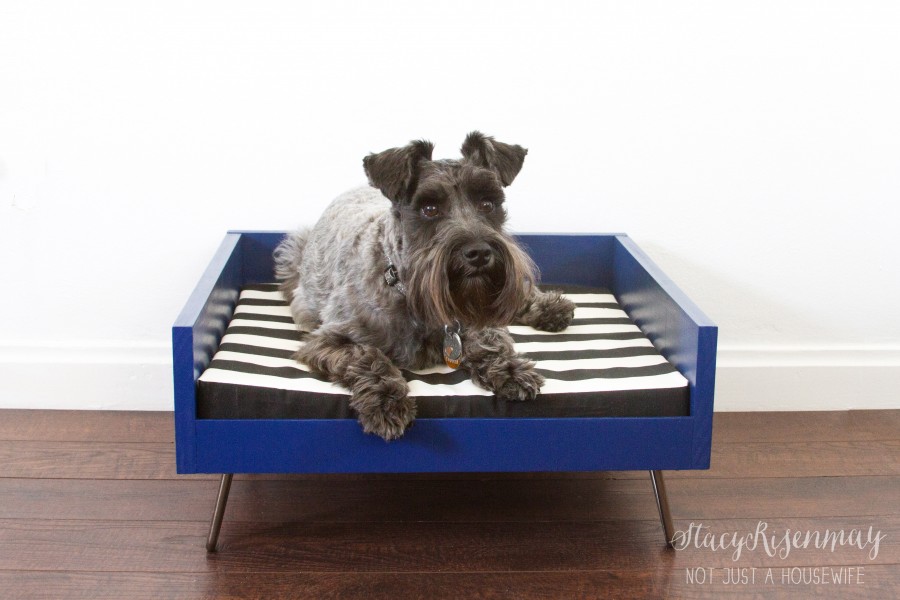 Don’t leave the 4-legged family member out of the interior design theme with this dog bed.

Dining Table And Chairs from flaxandtwine.com 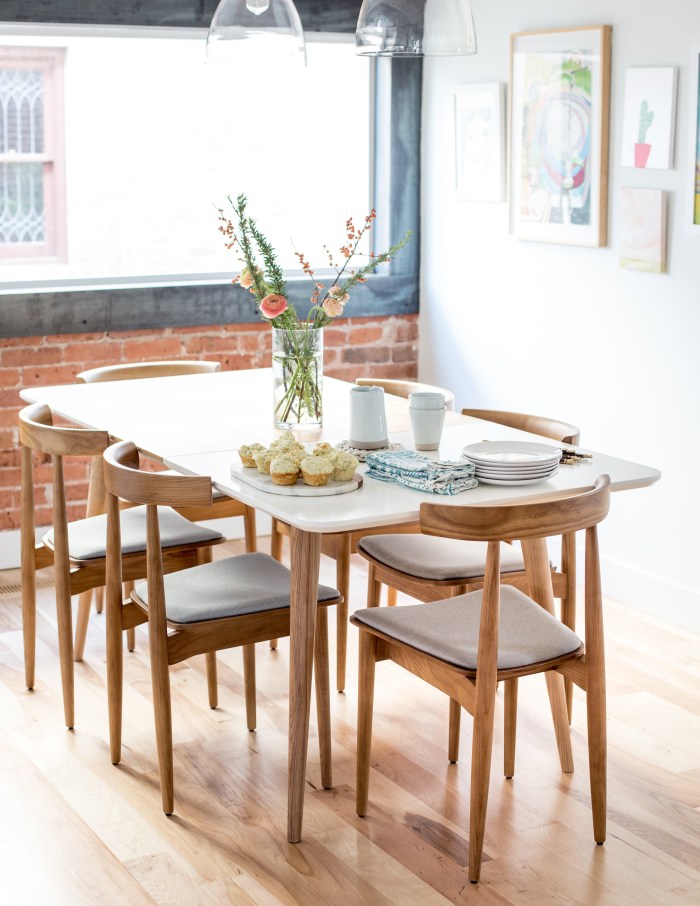 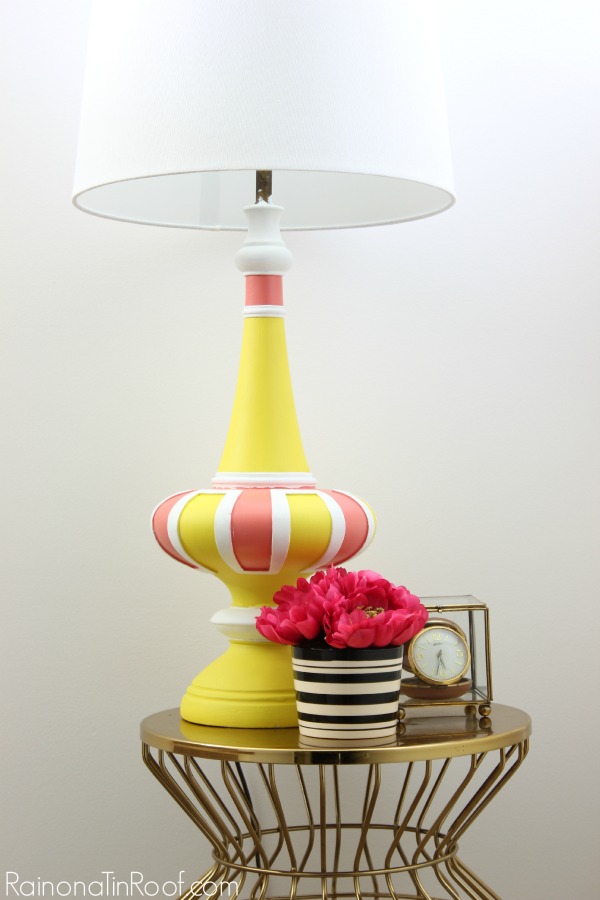 Dream of “Jeannie” and simpler times with this fun lamp.

Side Table { Free Plans } from rogueengineer.com 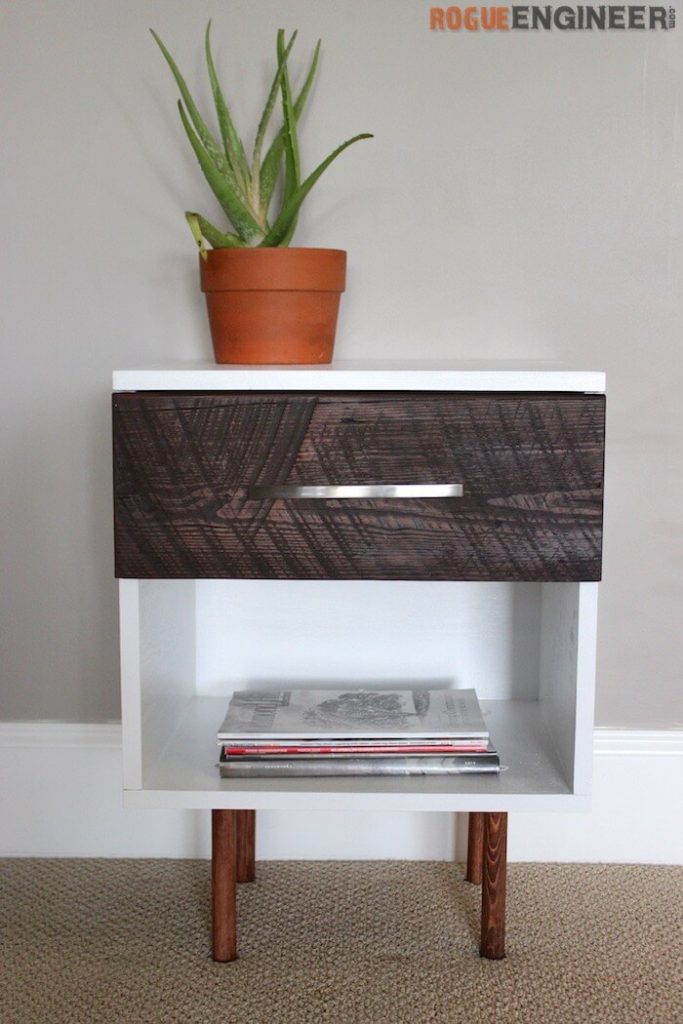 DIY Side Table from sugarandcloth.com 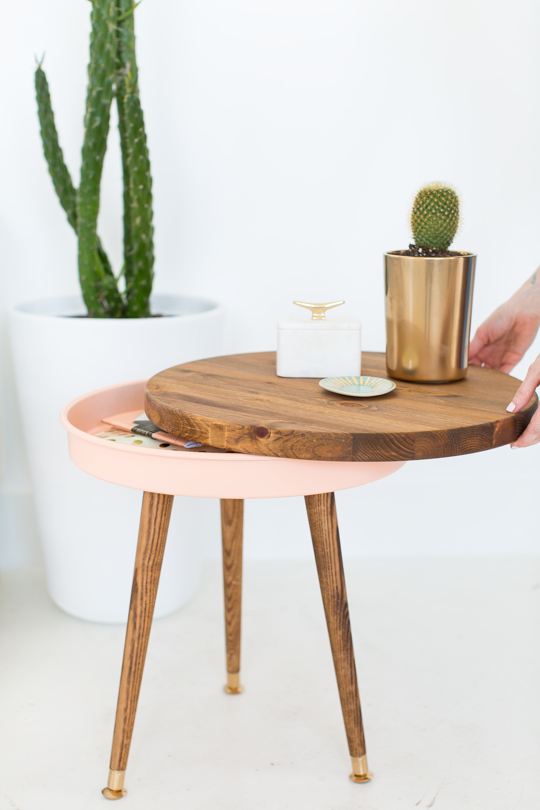 Mid Century Inspired Vanity From A Modern Cabinet from thevintagerugshop.com 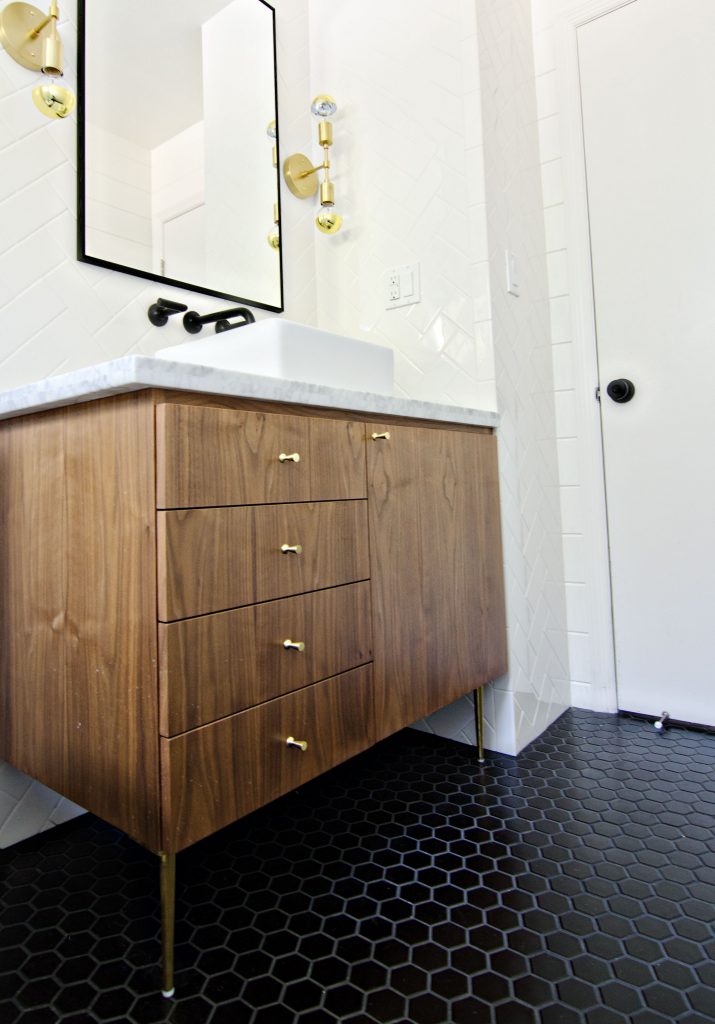 Everything in this mid century modern bathroom is gorgeous with the highlight beigh the vanity. 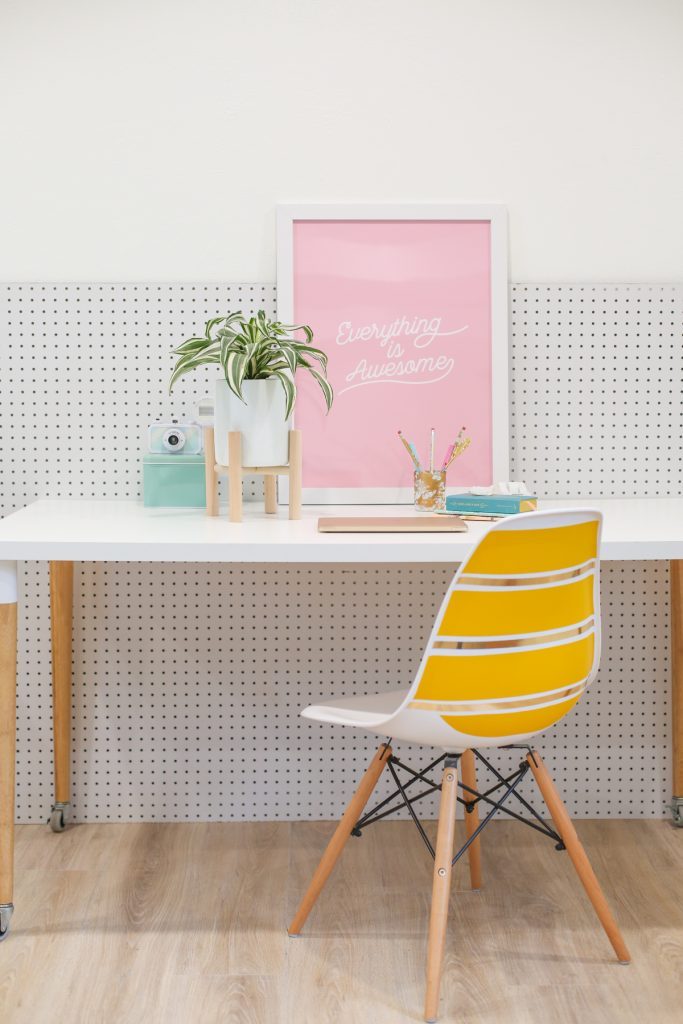 This DIY plant stand would look great on a table or the floor. 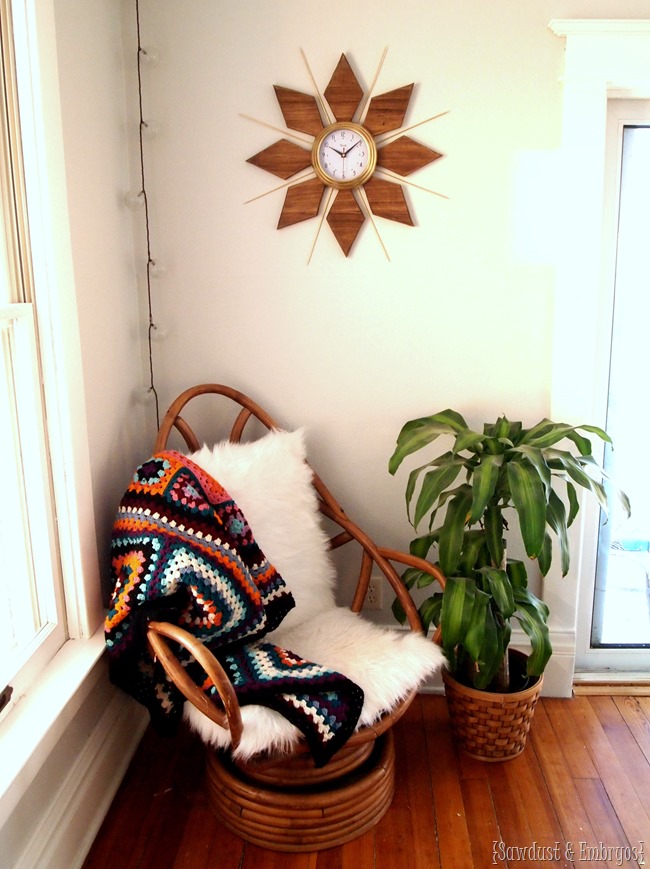 Can you believe you can actually DIY this awesome modern clock? 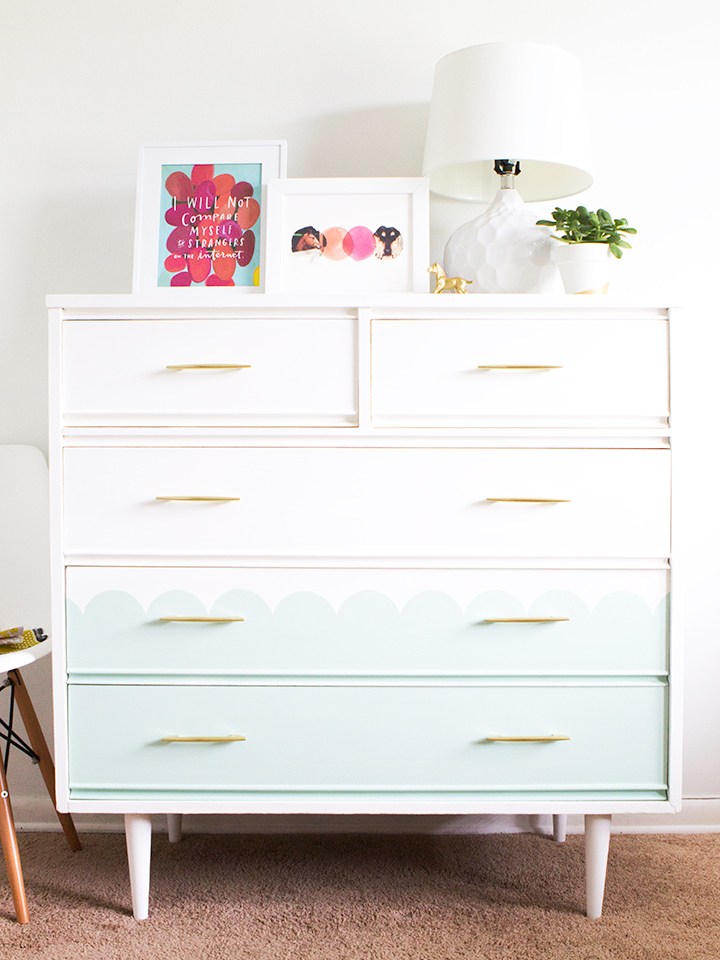 This beautiful dresser was transformed with the help of some chalk paint. 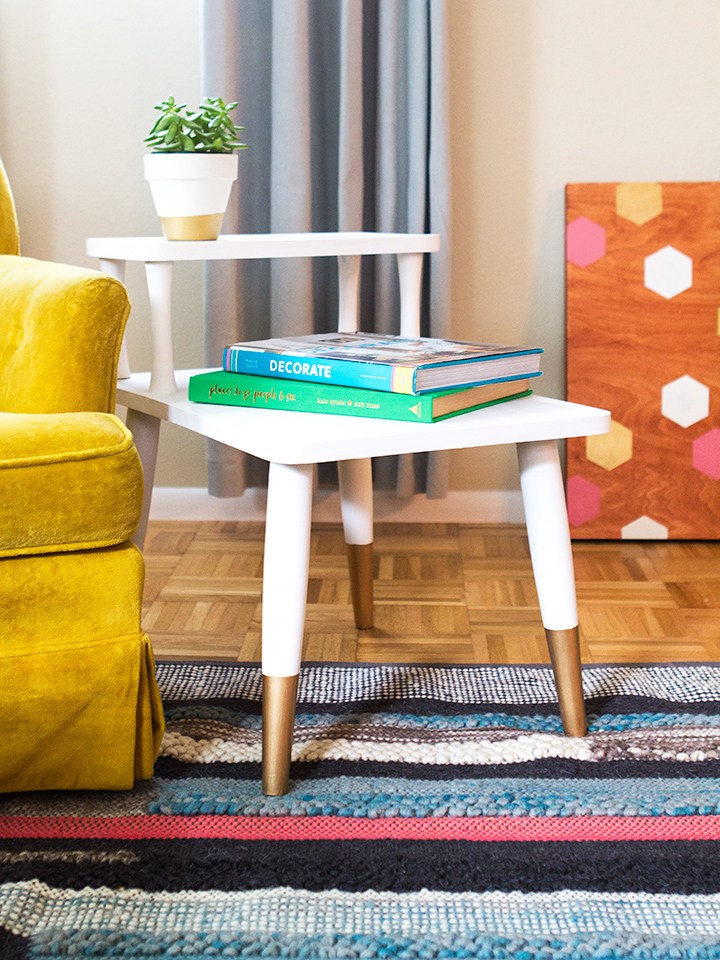 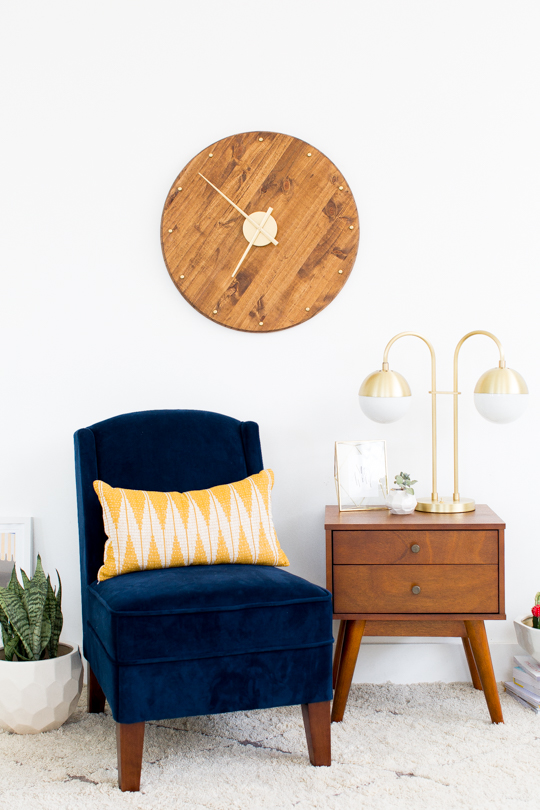 You can DIY this amazing mid century modern clock. Plus it looks so much more expensive than it actually is! 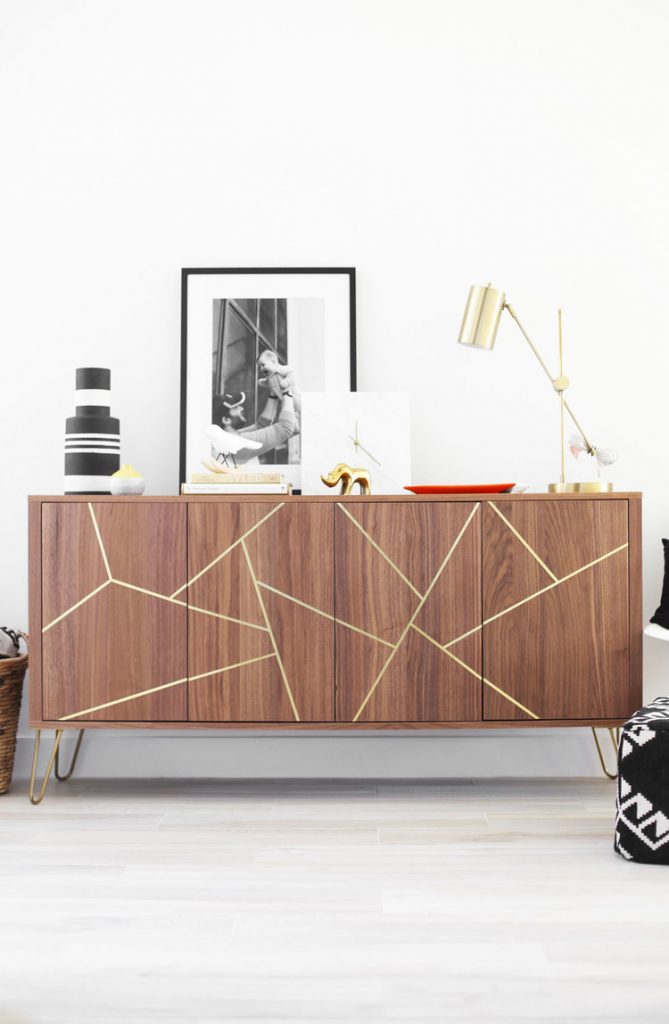 Hack another Ikea dresser and bring it back to the fabulous 1950s!

This completed kitchen table looks stunning in any part of your mid century home. 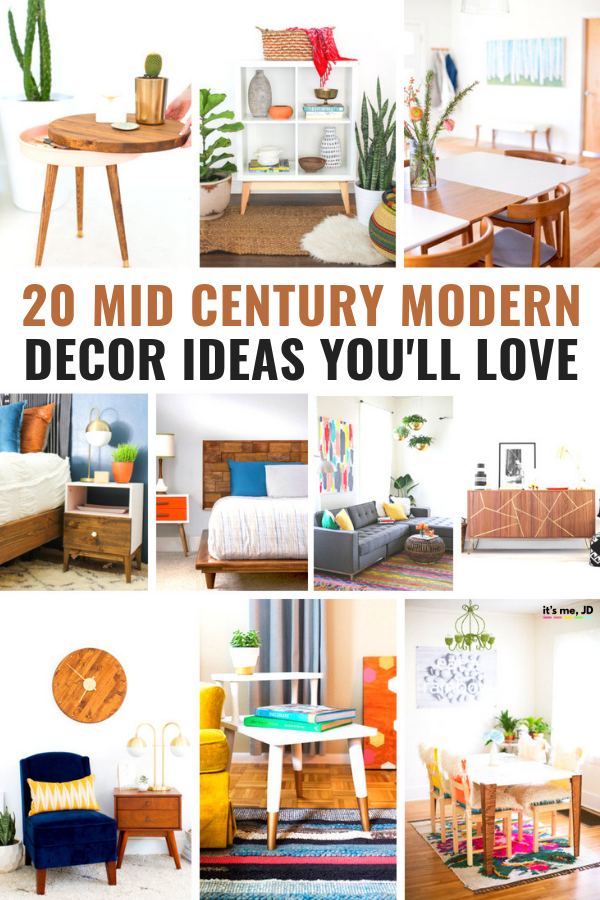 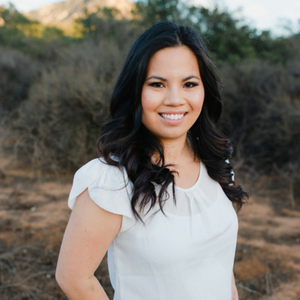